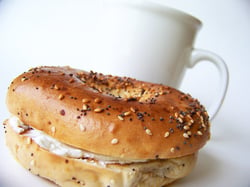 U.S. stocks closed out the trading week on a down note on Friday, as earlier gains that showed a jobs report suggested that the tight labor market may loosen.

Wall Street opened sharply higher after the August payrolls rose by 315,000, but a rise in the unemployment rate to 3.7% eased concerns about the Federal Reserve being too aggressive in raising interest rates as it attempts to bring down inflation. Early gains in the market were erased after Gazprom, the Russian state-controlled firm, with a monopoly on gas exports to Europe via pipeline, which were due to restart Saturday, said they could not safely restart deliveries until it fixed an oil leak found in a vital turbine and did not give a new time frame. The Dow Jones Industrial Average lost 337.98 points on Friday, or 1.07% to 31,318.44, the S&P 500 lost 42.59 points or 1.07% to 3,924.26 and the Nasdaq Composite lost 154.26 points or 1.31% to 11,630.86.

Employers added jobs at a decent pace in August. Payrolls increased by 315,000 in August, slightly above expectations. However, the jump in the unemployment rate to 3.7% was unexpected. The increase in the unemployment rate was driven by an increase in the labor participation rate, which rose to 62.4%, the highest reading in the last two years. The rise in the labor participation rate was driven by an expansion of the civilian labor force, which increased by more than three-quarters of a million people. The increase in the unemployment rate was for what economists say is “good reasons”, that is, more people are entering the labor force. The overall employment report reflects the beginning of what will be a slower labor market, heading back towards the trend, overall economic demand is slowing, and businesses are not so desperate for workers as in past months. Wage gains decelerated to a 0.3% gain for August, down from 0.5% in July, a sign of weaker inflation that will please the Fed. We look for further moves in the labor market towards a slower pace, moves that may also help cool inflation.

The ISM manufacturing index was unchanged at 52.8%. The new orders Index increased by 3.3 percentage points to 51.3 in August, up from 48% in July. August marked the first increase in orders after two months of declines. Lead times remain elevated. However, August saw a decrease in capital expenditures, raw materials and maintenance, repair and operating supplies, factors that will start to slowly build in coming months. Production fell by 3.1 percentage points to 50.4, with six industries reporting greater production. Materials availability and the labor supply continue to recover, with quits easing and supplier deliveries improving, conditions that could bring modest production increases in September. The ISM report shows that manufacturing activity is expanding at about the same rate as in the last two months. Supplier deliveries are about at the right tension mode and pricing is softening again, suggesting the supply-demand ratio continues to move towards balance. Companies continued to hire at a healthy rate in August, with few layoffs. The retreat in pricing is bringing buyers back into the market. There are concerns about the softening economy and order book corrections, but the slower pace is causing manufacturers to catch up on demand and reduce inflationary pressures. We look for a modest expansion of the industrial sector.

This Week’s Economic Schedule: This week will be light on economic data, with only the trade balance and the ISM services index released.

The once red-hot housing market has fizzled out and that means prices are finally cooling down. Data published from the Cass-Shiller House Price Index showed the average price continued to tick down but remains at a high level. The Cass-Shiller Home Price Index rose 0.3% in June, a big step down from the 1.7% average monthly rise during the first five months of the year. The headline index came in at 18% year-over-year in June, down from 19.9% in May. The index spotlights an industry losing steam as it moves through the summer peak months, with affordability becoming a major issue for potential customers. A survey by Realtor.Com found that 92% of home sellers had to accept concessions in a changing market, a sign that the buyers are gaining pricing power. Unlike last year, a majority of homebuyers now want house inspections and expect to have house repairs completed before closing. For June, house prices rose in 13 metro areas, but the price fell in six. As demand continues to weaken, pricing power will continue to erode, but getting house prices back to an affordable level will be a prolonged struggle.

The ISM report shows that manufacturing activity is expanding at about the same rate as in the last two months. New orders returned to expansion mode. Supplier deliveries are about at the right tension mode and pricing softening again, suggesting the supply-demand ratio continues to move towards balance. Companies continued to hire at a healthy rate in August, with few layoffs. The retreat in pricing is bringing buyers back into the market. There are concerns about the softening economy and order book corrections. Opinions among respondents were mixed. Some industries are still reporting strong sales (computers and transportation equipment) and others are seeing a softening in demand (primary metals and chemicals.) Some industries are reporting inventories are too high (food and beverage and electronic products.) The mixed view is reflective of an industrial sector in a transition phase from a super-charged demand position to a slower but still positive rate of expansion. We expect the industrial side will continue this path to a slower output but a weaker inflation environment.

Factory orders fell 1.0% in July, following a revised 1.8% advance in June. July was the first decline after nine months of increases. Transportation orders fell 0.7% in July after a 6.1% jump in June. Excluding transportation, orders were down 1.1% in July, more than reversing the June gain. Core capital goods orders advanced 0.3% in July, but at a weaker pace than in the last few months. Part of the reason that industrial activity has been restrained is that the auto Industrial has seen a widespread shortage of computer chips and other parts that have restrained production.

Factory orders fell 1.0% in July, following a revised 1.8% advance in June. July was the first decline after nine months of increases. Transportation orders fell 0.7% in July after a 6.1% jump in June. Excluding transportation, orders were down 1.1% in July, more than reversing the June gain. Core capital goods orders advanced 0.3% in July, but at a weaker pace than in the last few months. Total shipments declined 0.9%, while inventories edged higher by 0.1%. It was the first monthly decline in shipments, after 16 months of increases. The report shows that the industrial side is downshifting from a super-charged demand-dominated environment to a slower expanding pace. The industrial side should stay positive, but as the impact of rising rates continues, the industrial activity could turn mildly recessionary as the consumer retrenches.

Sales of light trucks and autos totaled 13.2 million at an annual rate in August, little changed from the 13.3 million rates in July. Component shortages are responsible for the weak sales pace of the last two years. Sales by domestic producers decreased to 10.3 million units versus 10.7 million in July, a drop of 3.9%. Imports jumped 10.3% to 2.88 million units. Domestic sales have been in the 13 to 14 million range in the period before the pandemic, averaging 13.3 million for the six years through 2019. Domestic assemblies jumped in July, coming in at 10.72 million at a seasonal adjusted annual rate, up 6.9% from the 10.92 million rates in June and still slightly below the three years through December 2019. Component shortages, especially computer chips, continue to restrain production causing scarcity of some models and low inventories, and the high prices we see today. Ward’s estimate of auto inventory came in at 97,000 in July, down from 114,100 in June and a new all-time low. The Bureau of Economic Analysis (BEA) estimates the inventory-to-sales ratio fell to 0.505 in July, down from 0.558 in June, but above the February low of 0.368. Low inventories continue to push prices up. The average expenditure for a car equaled $34,962 in July, up 0.6% from June and a new record high. The average price for a light truck was $50,320 in July, up 0.4% from $50,143 in June and also a record high. Although there is pent-up demand for cars and trucks, affordability will limit sales in the coming months.

Payrolls grew by 315,000 in August, a stronger-than-expected number. Nonfarm employment has increased by 5.8 million in the last twelve months. This growth has brought employment growth 240,000 higher than when the pandemic struck in February 2020. Professional and business services added 68,000 jobs. Over the past year, professional and business employment added 1.1 million jobs. Health care added 48,000 in August and retail trade added 44,000. Manufacturing added 22,000. In August, the unemployment rate rose by 0.2 of a percentage point to 3.7%. Although the unemployment rate increased, it increased for the right reason, more people entered the workforce. The labor participation rate increased by 0.3 of a percent to 62.4%, 1% below the February 2020 level. The average wage rose 0.3%, up 5.2% from a year earlier. The average workweek fell by 0.1 of an hour to 34.5 hours. There were sizable revisions to the preceding months. The growth estimate for June was revised down by 105,000 to 293,000 and July was revised down to $2,000 to 526,000. The report is showing a job market slowing towards the trend.

All comments are reviewed for approval and will not show up automatically.